Showing posts from May, 2012
Show All

The Dalai Lama Talks About The Need For Compassion And Respect

The Dalai Lama Talks About The Need For Compassion And Respect  The Dalai Lama speaks at Stanford about the need for dialogue in resolving conflict, and the need for compassion that extends beyond creeds and beliefs. 'Dalai Lama advocates a secular approach to compassion' http://news.stanford.edu/news/2010/october/dalai-lama-speaks-101410.html Stanford University: http://www.stanford.edu/ Stanford News: http://news.stanford.edu/ Stanford University Channel on YouTube: http://www.youtube.com/stanford Category: Related articles The Leader's Way: Business, Buddhism and Happiness in an Interconnected World - Leadership Lessons from the Dalai Lama Are you stressed-out by your poor work-life balance? Having a Bad Day - Tips For Dealing With Days When You Just Feel Down
Post a Comment
Read more 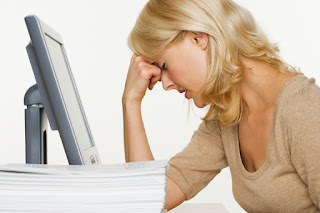 What to do when guilt is spoiling your life! Recently I wrote about shame and how to deal with it ( Is shame spoiling your life? ). Guilt and shame both come from a sense of having done something considered bad, stupid or wrong. Shame comes from a fear of being disapproved of by others. Guilt comes from disapproving of ourselves – we have broken our own code of values. When we feel guilty, we may try to put things right by confessing and saying sorry. Or we may punish ourselves – for example, in an extreme form, taking an overdose. We may allow others to punish us – putting up with bad treatment, sometimes for years. Or we may anaesthetise ourselves – for example, with drink or or drugs and sometimes over-work. Sometimes guilt is about things we've done and sometimes it is about things we should have done but didn't – for example not making the time to support a friend in trouble. Guilt has a bad reputation in the 21 st Century but it isn
Post a Comment
Read more 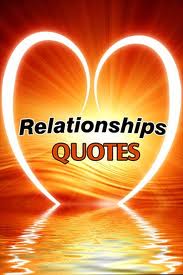 Tuesday Quotes - Relationships The quality of your life is the quality of your relationships. Anthony Robbins Someone to tell it to is one of the fundamental needs of human beings. Miles Franklin Looking back, I have this to regret, that too often when I loved, I did not say so. Anon The most effective way to achieve right relations with any living thing is to look for the best in it, and then help that best into the fullest expression. Allen J. Boone We are never more discontented with others than when we are discontented with ourselves. Henri Frederic Amiel Each relationship nurtures a strength or weakness within you. Mike Murdock A person isn't who they are during the last conversation you had with them - they're who they've been throughout your whole relationship. Rainer Maria Rilke However good or bad you feel about your relationship, the person you are with at this moment is the "right" person, because he or she is th
Post a Comment
Read more

Managing emotions - Identifying feelings (Photo credit: Wikipedia ) Time Management - Pinpointing Those Emotional Blocks to Change My last two posts about Time Management ( The Clock Is Ticking! How Good Are You At Time Management) and ( Time Management: Know Where Time Goes - Keep A Log ) said that the first two steps in managing time are to be clear about your purpose and your direction in life and then to know how you spend your time. Knowing those things and completing the first two steps are important. But often time management improvement plans still fail. This is usually because there are underlying emotional issues. Sometimes people feel guilty about spending time on their own interests. For example, what about the rest of the family – shouldn't this time be spent with the children? Or perhaps you might be anxious about saying no to a colleague and refusing to help them at the expense of time to do your own work. This might be because you lack the
Post a Comment
Read more (Photo credit: Wikipedia ) The Mint moth (Pyrausta aurata) on Lemon balm (Melissa officinalis) (Photo credit: Wikipedia )    Lemon Balm – A cup of tea with my lovely Melissa I've started drinking lemon balm tea in afternoons.  Now I've grown lemon balm in my garden for years and always enjoyed the smell. On a summer's day, it is something quite special. But only this year have I taken a couple of fresh sprigs, steeped them in hot water and drunk the results.  Oh, it is lovely. Apparently, the word Balm is an abbreviation of Balsam, the chief of sweet-smelling oils. It is so called from its honeyed sweetness It was highly esteemed by Paracelsus a sixteenth century alchemist of genius. He believed in its ability to revive. Paracelsus, as Manly Hall has said, gained his knowledge "not from long-coated pedagogues but from dervishes in Constantinople, witches, gypsies, and sorcerers, who invoked spirits and captured the rays of the celes
Post a Comment
Read more 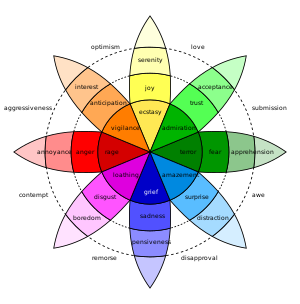 Robert Plutchik's Wheel of Emotions (Photo credit: Wikipedia ) Developing Empathy – Playing Emotional Charades I truly believe the greatest gift we can give ourselves and our children is the gift of empathy. That is the ability to see and feel life from someone else's perspective. Empathy is at the root of compassion and positive relationships as well as all good communication. Empathy is behind our ability to listen well and really understand what someone else is trying to tell us. It helps us to to frame and convey our messages to others. But, sadly, not all of us seem blessed with empathy by birth and up bringing. So, what can we do to develop our empathy skills? The following is a little exercise for children taken from a book that now sadly is out of print “Adventures in Guidance: How to Integrate Fun into Your Guidance Program ”. I believe it can easily be adapted for adults who would like to polish up their empathy skills. Emotional
Post a Comment
Read more

Is shame spoiling your life? 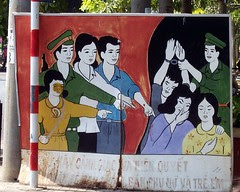 Is shame spoiling your life? Shame is a hard emotion to deal with. Usually it happens when we start to believe something about ourselves that we think others will criticize. Or it can happen because of the way someone else treats us. Sometimes it combines with guilt about something we've done that offends our values. But it can poison our relationships and erode our confidence. Here are some steps you can take to help to confront and overcome shame.   What is this issue? Spend some time alone, or with someone you trust like a coach, really exploring the cause of your sense of shame. It helps sometimes to write things down. Try to sort out the various strands that contribute to your feeling, It may be very complex so take it right down to its constituent parts. Don't rush it – take the time and space you need to make it clear to yourself. Who is causing you to feel shame? Is it you? Is it the way someone else is behaving? Or is it how you t
Post a Comment
Read more

Relationship Counselling - Can It Help You? 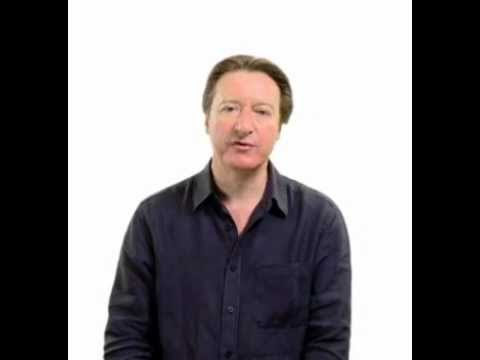 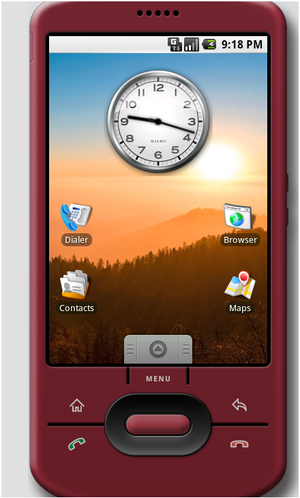 The Android Emulator home screen. (Photo credit: Wikipedia )  Monday Quotes - Time Management Time = life; therefore, waste your time and waste of your life, or master your time and master your life. Alan Lakein The key is in not spending time, but in investing it. Stephen R. Covey This time, like all times, is a very good one, if we but know what to do with it. Ralph Waldo Emerson If you want to make good use of your time, you’ve got to know what’s most important and then give it all you’ve got. Lee Iacocca You’re writing the story of your life one moment at a time. Doc Childre and Howard Martin One cannot manage too many affairs: like pumpkins in the water, one pops up while you try to hold down the other. Chinese Proverb Never let yesterday use up today. Richard H. Nelson Realize that now, in this moment of time, you are creating. You are creating your next moment. That is what’s real. Sara Paddison Until you value yourself, you will not va
Post a Comment
Read more 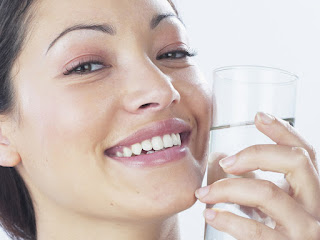 34 diet & fitness tips you need to know iVillage have picked 34 of the best tips from the world's top diet and fitness gurus, to help you get started on your plan, stay motivated and reach your goals: 1. Diet for the season 'Get up earlier in summer and later in winter, in line with natural sunlight hours. Don't eat late at night or before you're fully awake.' Nutritionist Patrick Holford, author of The New Optimum Nutrition Bible (£9.74 Piatkus) 2. Stay hydrated at the gym 'Your gym may have drinking fountains but they won't help you keep an eye on how much you drink. Make sure you take a large bottle with you to the gym and keep it to hand whenever you are in class or on a machine.' Steve Shipside, author of Win at the Gym (£9.74 Infinite Ideas) 3. Shake things up 'Though there's not much scientific proof that it works, some dieters find that changing some of their meal plan selections from week to
Post a Comment
Read more

Personal Development - Something to Feed Your Spirit and Your Mind Kelly Howell - The Secret Universal Mind Meditation  - A Guided Meditation Be somewhere in a safe place where you can relax, when you follow this!  This meditation includes subliminal messages - these must never be played when driving or using machinery Related articles Are you stressed-out by your poor work-life balance? Be Successful - Making A Personal Change - Part 1 Admit A Change is Needed Learning to Lead - Giving that Presentation
1 comment
Read more
More posts
Welcome to Your Happiness Factor. This is the home of  lifestyle articles and links from Wendy Mason Smith.