Showing posts from 2016
Show All

Getting to know people and making assumptions!

Getting to know people and making assumptions Most of us encounter lots of other people all the time in our everyday life.  We pass them in the street. We sit in the same cinema, or  work in the same building. And some among them, we actually start to acknowledge and get to know. We begin to recognise their faces, the shapes of their bodies and how they move. We start to make assumptions about them, usually based on our very first encounter with them. In fact most of us make up our minds in the first few seconds of the encounter. Based on the clothes they are wearing on that particular day and the expression of their face, we decide. Is this someone I am likely to trust and want to know better? And we act on what we think are the answers to those questions, based on our assumptions. What we are doing, of course, is taking a few stray facts and fitting them into our own patterns of belief. We base those beliefs; on what we were told by our parents and others when we are
Post a Comment
Read more

Is your tiredness due to dehydration?

Is your tiredness due to dehydration? A recent survey found that one in five people suffering from fatigue were actually dehydrated. Usually this was because they were not drinking enough. When you don't get enough fluids, the amount of blood in your blood vessels drops and your heart has to pump extra hard to pump blood round your body.  Remember we are made up of 70% water and all parts of your body, including essential organs like your brain, depend upon it. So drinking plenty of fluid is important. But keep in mind that coffee and alcohol are diuretics and they actually dehydrate the body, So you need to balance them by drinking lots of good, fresh, water. When you are dehydrated, you may feel weak and your urine is likely to be dark instead of pale yellow.  Eating five portions of fruit and vegetables each day will help because they contain water. You should also drink 2 litres of water every day - spread it through the day by drinking 200ml every
Post a Comment
Read more

Wash away that negativity! 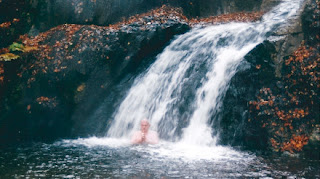 Wash away that negativity! Many religions incorporate ritual washing in water as an act of purification. Some use water specially prepared for the purpose but at the end of the day it is water that is being used. Water is so important to human survival that in many parts of the world springs and wells are places of special significance and often regarded as holy. In the Japanese religion of Shinto waterfalls are held sacred and standing under them is believed to purify. We know that water cleanses as well as sustaining us. So why not use water in a new way in your own life. When you feel negative or angry, use your own water ritual to change how you feel. Find somewhere to wash your hands in cool, clean, running, water. As you do so, feel the freshness flowing to you and the negativity flowing away. If you can be out in the open air and do this in stream that is wonderful. If you can’t even get to a tap, then how about using a bottle of water poured slowly over your h
Post a Comment
Read more 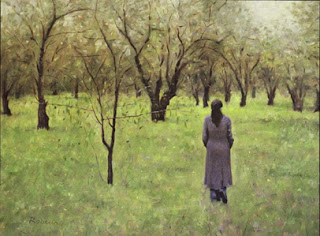 Something rather lovely below to help you relax - Satie Gymnopedie 1,2,3 Gnossienne 1,2,3,4 (you'll recognise the music) with  Mark Roberts' paintings  https://www.youtube.com/watch?v=DR2DbU5Uq-4 Éric Alfred Leslie Satie (17 May 1866 – 1 July 1925), who signed his name Erik Satie after 1884, was a French composer and pianist. Satie was a colourful figure in the early 20th century Parisian avant-garde. His work was a precursor to later artistic movements such as minimalism, Surrealism, repetitive music, and the Theatre of the Absurd. An eccentric, Satie was introduced as a "gymnopedist" in 1887, shortly before writing his most famous compositions, the Gymnopédies. Later, he also referred to himself as a "phonometrician" (meaning "someone who measures sounds"), preferring this designation to that of "musician", after having been called "a clumsy but subtle technician" in a book on contemporary French composers published i
Post a Comment
Read more

Your Emotions - When You Feel Hurt 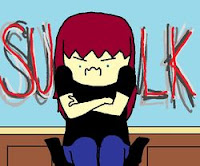 Your Emotions – When You Feel Hurt! When you feel hurt you are usually responding to what you see as an injustice. Usually you feel hurt when you feel something isn’t fair - someone has let you down or treated you in a way you feel is not right. Often, when you feel hurt you will withdraw from the person who has hurt you and stop all communication with them. Others might see this as resentment or aloofness and some see you as sulking. Please don't Sulk! Sulking can be silent sulking or it might be angry, noisy sulking with the slamming of doors and much huffing and puffing. Sometimes you just snipe at someone close to you without saying why.  "Surely, if he loved me enough He would know why!" Often behavior like this is about getting even or punishing – at the very least you want an apology. But sulking rarely achieves the outcome that you want. It can make you more miserable than the person you believe has transgressed. Overcom
Post a Comment
Read more

Nadi Shodhana (Alternate Nostril Breathing); the alternative to that extra cup of coffee! 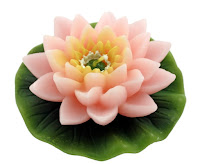 Nadi Shodhana (Alternate Nostril Breathing); the alternative to that extra cup of coffee! Nadi Shodhana is a powerful breathing practice you can use to refresh or simply to settle your mind. Nadi is a Sanskrit word meaning 'channel' or 'flow' and shodhana means 'purification.' The technique is said to bring calm and balance. It can certainly help you feel more awake. It takes a lot less toll on your body than caffeine! Alternate nostril breathingis particularly helpful when you need to ease racing thoughts if you are experiencing anxiety or stress. You can use it whenever you need to focus or energize. Please don't use it just before bed time! There is a video below explaining the technique but here is a simple guide. Start by sitting in a comfortable upright position. Close your eyes and take a deep breath in and out through your nose. Hold your right thumb over your right nostril to close it and inhale deeply and slowly through your le
Post a Comment
Read more

Endorphins - Chilli and Chocolate Can Make You Feel Good!

The body has it's own way of soothing us when we are in pain. Endorphins are "neurotransmitters" produced naturally in the body response to pain. In the early 1970s, researchers were studying how the brain is affected by things like heroin or morphine. They found they reacted with receptor cells mainly in the the brain and spinal cord to block pain signals. The scientists wondered why such cells existed and it was then that they realised that the body produced its own opium like substances; the endorphins.  Endorphins are produced as a response to various stimuli like stress and fear as well as pain. But they can give us a sense of restful bliss. They are often triggered when we have a good cry - that is why sometimes crying feels so comforting! The good news is that endorphins are also released by having a good laugh. Here are some great ideas to help you release your own endorphins Have a good giggle - spend time with people who make you laugh. Watch funny
Post a Comment
Read more

Listen to the Divine Mantra of Bodhisattva Avalokitesvara. Avalokitesvara Bodhisattva, known as Kuan Yin to the Japanese and Chinese, can be depicted as male or female. Kuan Yin, "Regarder of the Cries of the World", is sometimes thought of in the West as a Goddess of Mercy. Her compassion for all beings is vast and inconceivable. Her body and garments are of brilliant, translucent white light. She carries a white vase of compassionate water in her left hand and the sacred willow branch in her right hand. Enlightened through infinite acts of compassion, in countless lifetimes, her feet rest upon a fragrant red lotus flower above a vast ocean. Her brows are curved and radiant like the crescent of an autumn moon. With the sweet dew drops she sprinkles from her vase she relieves the suffering of beings everywhere and always - for countless autumns. Kuan Yin appears in different forms in religions around the world. What she embodies is the power of compassion that rests
Post a Comment
Read more
More posts
Welcome to Your Happiness Factor. This is the home of  lifestyle articles and links from Wendy Mason Smith.