Showing posts with the label Cosmia
Show All 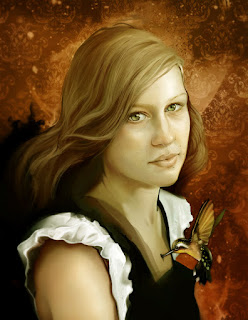 Soemthing Beautiful - Joann Newsom -  Cosmia Joanna Newsom grew up in the small town of  Nevada City, California . As a child, she was not allowed to watch television or listen to the radio because she was raised by parents who she described as, "kind of idealists when it came to hoping they could protect her from bad influences".  She was exposed to music from a young age. Her father played the guitar and her mother was a classically trained pianist, Joanna attended a Waldorf school where she studied theater and learned to memorize and recite long poems. This skill helps her to remember lyrics while on tour. At the age of five, Newsom asked her parents if she could play the harp. Her parents eventually agreed to sign her up for harp lessons. From her instructor, Joanna learned composition and improvisation.  She writes the most beautiful and lyrical songs. Here she is singing Cosmia. Wendy Mason is a career coach.  She helps people reach their goals and asp
Post a Comment
Read more
More posts