Showing posts with the label change
Show All

The Resilient Mindset – don’t let a fixed mindset defeat you

The Resilient Mindset – don’t let a fixed mindset defeat you How to thrive in times of change This is a challenging time for all of us. For many times are hard and the world has become a frightening place. So can you survive mentally intact and thrive? How do you develop a resilient mindset? Well accepting that we all have core values that we want to carry through life, most other parts of our thinking can changed. And a mind that is prepared to change and take on the requirements of new circumstances has most chance of staying intact. It is time to learn to challenge your own thinking. A fixed mindset will chatter away in your head, if you let it.  It will tell you all the reasons why you shouldn't change. It is also likely to fill your head with negativity. It will tell you why you are not up tot he task of change. An, slowly it will erode your confidence. The nasty fixed mindset will tell you that even if you wanted to change, you couldn’t do it! It might whispe
Post a Comment
Read more

You don’t always have to be happy, but…! 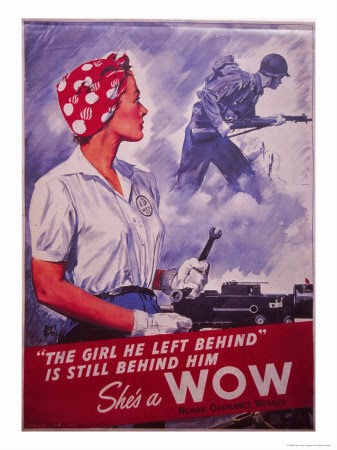 You don’t always have to be happy, but…! Wendy Mason  is a Career Coach and Life Coach helping you to solve difficult problems at work and at home. Thinking about the D-day anniversary later this week has led me to think about my parents’ generation; the people who lived through the Second World War.   We tend to remember the heroic! Many, of course, were not heroic in the way we usually think about heroes.  But, ordinary people, I suspect on all sides, were stoic and what mattered most was getting through. Many did get through very hard times. For them, personal happiness was secondary: what mattered was to do your duty. Times have changed! Not least because the generation that got through that war wanted better for their children. They wanted their kids to be happy. If they were not, what had the war been about?   Their kids were the Boomer Generation; my generation! Whatever you think of us now, most of us did start out wanting to change the world for the bett
Post a Comment
Read more 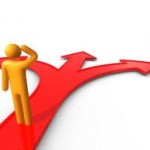 Be Successful – Making A Personal Change – Part 6 Change Your Core Beliefs | WiseWolf Talking - the Wisewolf Coaching Blog There is a new post on WiseWolf Talking that you might enjoy! You can change those core beliefs we all carry. They get in the way when we want to make a personal change that will improve our lives.  We all carry unhelpful beliefs about ourselves, about other people and about the world about us. We gather them up as we go through life from our parents, our teachers, others about us and from things that happen to us. We learn to think, for example, that we are lazy or stupid. May be we think we are bad people, unworthy of happiness or success; or that people like us just never succeed! Most of these belief are not founded in anything real but we go on believing. We may have failed at something once but that doesn’t mean we will not succeed this time or that we are less worthy of happiness. You can read more at the link below Be Successful – Making A P
Post a Comment
Read more 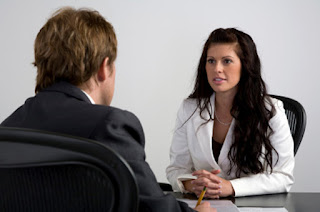 Career Development – Get that Promotion; Part 1 Are you doing well in your present role but feel ready for the next step up? Even in this economic climate some people are still managing to get promotion. But how do make yourself part of that élite group? This is the first in a two post series  on sister blog WiseWolf Talking – look out for the second post next week....more at this link Career Development – Get that Promotion; Part 1 | WiseWolf Talking – Leadership, Management, Career and Personal Development   Wendy Mason is a Life and Career Coach.  She helps people have the  confidence they need to be successful at work and to change career while maintaining a good work/life balance. You can email her at  wendymason @wisewolfcoaching.com
Post a Comment
Read more 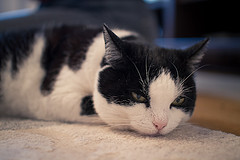 Before you make a change, you need to truly acknowledge and accept that one is required.   Admitting we need to make a personal change or that we have have a weakness, can be very painful.  It is far more comfortable to blame  others.  It is easier to make excuses and rationalize, rather than admit to things as they really are.   Our sister blog WiseWolf Talking has a new post on personal change.  It is mainly related to careers but the principles apply equally in our lives outside work,  You can find it at this link: Be Successful – Making A Personal Change – Part 1 Admit A Change is Needed | WiseWolf Talking – Leadership, Management, Career and Personal Development : 'via Blog this' Wendy Mason is a Life and Career Coach.  She helps people have the confidence they need to be successful at work and to change career while maintaining a good work/life balance. You can email her at wendymason @wisewolfcoaching.com
Post a Comment
Read more

The Resilient Mindset – don’t let a fixed mindset defeat you.

" Don’t change – stay right where you are"! Nobody said change was easy.  Change is hard It is uncomfortable and risky.  That is why most of us don’t change until change is forced on us.  We don’t change; even when making a change could make a huge and positive difference for us and those about us.  Most of us have a mindset that favours staying put right where we are – a “fixed” mindset. And fixed mindsets lack resilience.  Standing still and staying where we are, can present far more danger and risk in the long term than making a change. Changing that mindset So how do you develop a resilient mindset? You need to learn to challenge your own thinking.  Your fixed mindset will chatter away in your head, if you let it.   It will fill your head with negativity and erode your confidence.  That nasty fixed mindset will tell you that even if you wanted to change, you can’t do it!   You’re not bright enough! You're not strong enough!  You don’t hav
Post a Comment
Read more

Appreciate Before You Change

Appreciative Inquiry is an approach to change that focuses on the positive!  It works on the principle that what is good now that can be built on to achieve a vision for the future. When thinking about change people often focus on what is wrong now – what is deficient. This has been the traditional approach to change management Appreciative Inquiry, which has its roots in Positive Psychology , starts the other way round.  It looks at what is good and valuable now and then uses that as a foundation for moving forward. Once the basis is established you can then explore the future possibilities with much greater confidence. In all change, something will be lost, but with Appreciative Inquiry you work to make sure that much of what is good remains.  It allows people to honour the past and have confidence in the future! Appreciative Inquiry was developed as a tool for changing organizations but, as an approach, it works very well with people and teams.  It allows them to approac
Post a Comment
Read more

You've lost your job - what happens next? Starting project you! 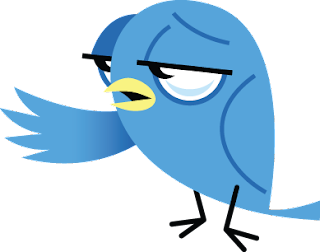 Most of us loose confidence when we lose a job.   It’s not just about losing the income but it affects your image of yourself!   Many of us value ourselves based on our work.   For many of us work is the place where we spend the most of our waking life.   It’s often where we find our friends and make our major achievements.   So when we lose a job we feel we lose part of ourselves and we grieve for it. But you can get over it – just like any grief.   You are much more than your job and your real friends and family value you for much more than your salary even when they are dependent upon it. Now is the time to go to work on anew project and that new is very special because it is you! Here are some points for you to consider! Understand this happened If you have been made redundant then remember it’s not personal – you were just unlucky! Plus it makes you part of a very large and growing club.   If you lost your job for other reasons then make sure you understand why and learn fro
Post a Comment
Read more
More posts