Showing posts with the label People
Show All 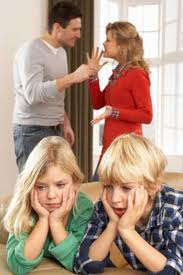 Angry Poems about Family Anger is a human emotion that we all feel at one time or another. I t is a dfficult emotion to deal with. Sometimes anger leads to great and positive changes in the world.  Other times it leads to destruction and pain.  Caring about someone doesn't mean we never get angry with them and learning to deal with and express that anger is an important part of learning to build healthy relationships.  This is true both in family relationships and friendships. At the link you will find poems written by people expressing anger in families   Angry Poems - Poems Expressing Anger   http://www.familyfriendpoems.com/family/angry-poems.asp#ixzz26GmaYU00   www.FamilyFriendPoems.com  Wendy Mason is a career coach.  She helps people reach their goals and aspirations, without sacrificing their home and personal life.  Before working as a coach, Wendy had a long career in both the public and private sectors in general management and consultancy as well as spells in
Post a Comment
Read more

When You Feel Angry - Anger Management

(Photo credit: ZORIN DENU ) When You Feel Angry - Anger Management Feeling angry or having someone become angry with you makes you feel unhappy! But anger is a natural feeling and it affects everyone. Anger usually arises because you believe someone has acted against you or something you care about or believe in! It doesn’t have to be real – you just need to believe that it exists! It comes about in three main ways; Someone or some thing gets in the way and stops you achieving a goal or something you care about from happening Someone or some organisation breaks your personal rules. For example, ‘I've worked for them for years and now they want to get rid of me!’ Or, for example, believing that the government or an organisation s behaving unjustly Your self esteemed feels threatened or you feel a lack or respect to you or to a group that you belong to. Mild anger can be expressed as annoyance or irritation. Anger about institutions or injustice c
Post a Comment
Read more
More posts