Showing posts with the label Wolf
Show All

Spirit of the Wolf 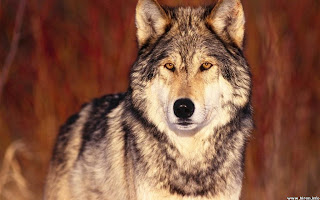 Spirit of the Wolf   " I wrote the song in October 2011 during a writer's workshop in Big Sur. It was a powerful experience. The imagery of a transcendent wolf spirit came to me as the narrator and storyteller. The story touches on the loss of range and hunting to near extinction of wolves, and recounts aspects of the parallel fate of native Americans. The song was recorded between July and October 2011 during the making of a full length album, Northern Lights. Music features Dayan Kai on flutes and Radoslav Lorkovic on piano. The writing of this song heightened my interest in the efforts to conserve and reintroduce wolves into the wild. I had been working on the idea of a video that would accompany the story, with appropriate images from both the wolf and native American themes. When the Wyoming wolf hunt began to take a toll on the Yellowstone wolves, culminating with the death of Lamar Canyon Alpha Female 06, Jimmy Jones' photographs told a
Post a Comment
Read more
More posts