Showing posts with the label Family stress after redundancy
Show All 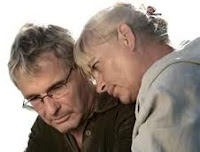 Changes in life like redundancy affect us all deeply. They change us and they change our relationships. Redundancy is like bereavement and can leave you with the same gut-wrenching sense of loss, the furious “why me?”. Everyone says it’s not personal, but of course it feels that way to the one who has lost their job. But that sense of loss isn’t just felt by us, it is felt by those close to us as well. Their lives have been changed and probably in ways they would never have chosen for themselves. Sometimes in mass redundancies you can turn that anger outwards and on to the employer or the perceived cause of the problems for example the Bankers. Then the group binds together against the world. If a whole community is facing difficulty, there is likely to be lots of support from within that community – think of the pit villages in the North East of England between the thirties and the seventies. Under siege you pull together. But most of us live in communities without that kind of tradi
Post a Comment
Read more
More posts