Showing posts with the label Sunday reflection
Show All

Sunday Reflection - On Being A Child of Light 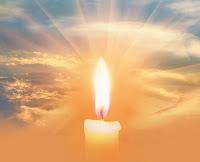 Our ancestors must have feared the darkness of night terribly. Oh how they would have loved  daylight and those nights when the moon shone bright. Most of all they must have loved the full moon. It is all too easy to see how they came to worship the sun and the moon.  But then, of course, they discovered fire. At first it was probably a natural fire; perhaps, a bush fire following a long hot summer. Those fires would have inspired awe. And keeping alight a flame from a natural fire through the dark winter must have been a very special responsibility - the sacred flame. In time, the secret of making fire was discovered. The Greek myth tells how Prometheus defied the gods by stealing fire and giving its secret to humanity. He was sentenced to eternal torment for an act that enabled human progress and civilization. Life in the cave without fire would have been pretty constrained, if not impossible. It was the coming of light in the form of flame  that led to man's greatest c
Post a Comment
Read more
More posts