Showing posts with the label signs of depression
Show All 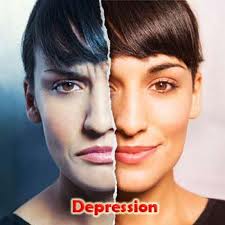 Depression - Recognizing The Signs And Seeking Help Many people think they know the symptoms of depression.  But it can be tricky. You can be depressed for a long time without even knowing it. The most obvious symptoms of depression may be well known.  Feeling sad all the time and unmotivated, having thoughts of suicide, and withdrawing from your friends, are the best known signs. But in reality, depression symptoms are much broader than this.  People do their best to cope with being depressed, and so sometimes you can be in the middle of a rather severe illness without even knowing it. One of the most classic symptoms of depression, for example, is depressed mental function. A lot of the time, people who are depressed go around in a mental fog all of the time. They may not even be consciously aware they are depressed, but they can't seem to get anything done. Basically, rather than facing their feelings of anxiety and depression, they go into a listless state where they
Post a Comment
Read more
More posts