Showing posts with the label Flower
Show All

June and it is time for Elderflower Champagne 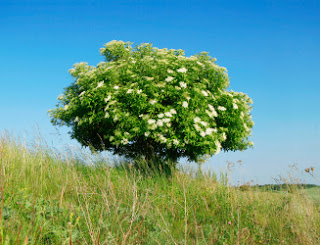 The Elder Tree is a powerful symbol of life energy and creativity. The Elder has been honoured for a very long time and megalithic long barrows were sometimes elder leaf shaped. It is also called the "witch's tree". Certainly the village hedge-witch would have used the elder extensively, as herbally it is wonderfully rich and potent in all its parts - leaves, flowers, berries and bark.  The presence of the Old Mother energy of the tree probably also accounts for the association with wise women. It is said in Irish folklore that it is the elder stick and not ashen ones which are used by witches for their magic horses. The earliest folk tales praise elder's ability to ward off evil or malevolent spirits and to undo evil magic.  There are very strong superstitions about not cutting down the elder. In ancient time, at Samhain, the last of the elderberries were picked with solemn rites. The wine made from these berries was considered the last sacred gift
Post a Comment
Read more
More posts