Showing posts with the label Music
Show All

Music to relax to! 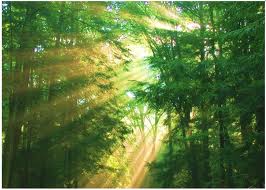 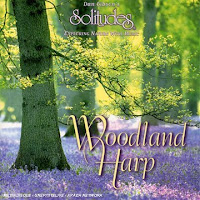 Music to Comfort This is a day when lots of us need comfort - here are the gentle and soothing sounds of a harp and nature.  Close your eyes and lay back. Dan Gibson Woodland Harp (Solitudes) You can buy the album here Woodland Harp (Solitudes)   Wendy Mason is a career coach.  She helps people reach their goals and aspirations, without sacrificing their home and personal life.  Before working as a coach, Wendy had a long career in both the public and private sectors in general management and consultancy as well as spells in HR.  She now divides her time between coaching and writing. You can contact Wendy at  wendymason@wisewolfcoaching.com  and find out more at  http://wisewolfcoaching.com Related articles Inspiring Quotes on Courage Just say no - the Great Stephen Covey on Setting Priorities Are you shy? Learn how to make friends in new situations. How to Deal with a Flirtatious Coworker!
Post a Comment
Read more

My Mother and "Peace in the Valley" by Elvis Presley

Elvis Presley died 35 years ago today. My mother was already in her late forties when Elvis came to prominence around 1956.  She bought just one record by Elvis - it was an "ep" (vinyl extended play) with four gospel songs on it.  This is the one she loved and so do I.  Thanks Elvis - wherever you are!
Post a Comment
Read more

"In our life there is a single color, as on an artist's palette, which provides the meaning of life and art. It is the color of LOVE" Marc Chagall Marc Chagall was born in 1887 to a poor Jewish family in Russia. He was the eldest of nine children. Chagall began to display his artistic talent while studying at a secular Russian school, and despite his father's disapproval, in 1907 he began studying art with Leon Bakst in St. Petersburg. It was at this time that his distinct style that we recognize today began to emerge. As his paintings began to center on images from his childhood, the focus that would guide his artistic motivation for the rest of his life came to fruition. In 1910, Chagall, moved to Paris for four years. It was during this period that he painted some of his most famous paintings of the Jewish village, and developed the features that became recognizable trademarks of his art. Strong and bright colors began to portray the world in a dreamlike st
Post a Comment
Read more
More posts